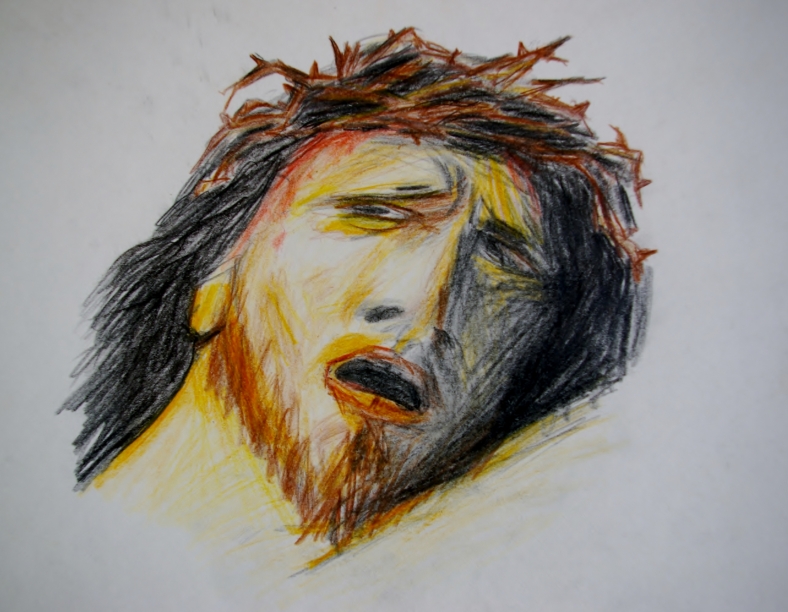 My rendition of detail from Rembrandt’s painting Crucifixion I did when I was 18 or so using a photograph of this masterpiece from an art book on Rembrandt as a model. 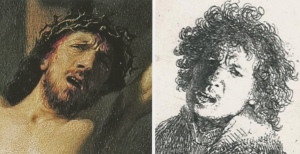 This painting is little known in part because it hangs in a parish church in a small French town and was only re-discovered in the 1950’s. It also makes scholars very uncomfortable. Not until 2009 did two art historians, Shelley Perlove and Larry Silver, note in a book on Rembrandt’s faith that Christ’s contorted face resembles  the artist himself in an engraving, Self-Portrait with an Open Mouth, made the year before.

Here is the whole masterpiece: 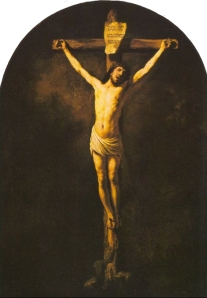 Well, I only hope my version won’t remind you of that church lady who “restored” the Christ’s face in a fresco at her local church in Spain. :-) 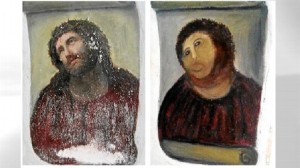